Protectionism the synonym for Free Trade? 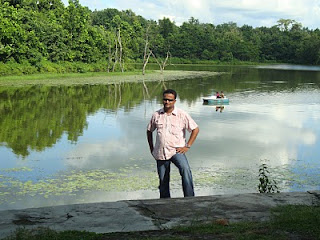 Protectionism should be the last word in the lexicon of a country which is supposed to be the most developed economy in the world.Seems they are yet to learn their lessons in spite of the recession which is gradually subsiding and supposed to be the biggest since the great depression.Proponents of free trade especially to the emerging economies namely the BRIC nations are now eating their own words only to save their own skin from the domestic audience.Creating barriers in the form of banning government outsourcing contracts citing a silly excuse like boosting up of local employment/reducing umemployment or hiking up the fees for H1 visas are wishful thinking to say the least.For every job outsourced to an emerging nation the developed nation generates at least three jobs directly and indirectly in their own backyard and what about the foreign exchange they earn in the whole business process, which is substantial enough.China is probably the only country which has taken the bull by the horns.They have a tit for tat measure in place either in the form of the currency devaluation of the Yuan vis-a-vis the US dollar or the low cost manufacturing coupled with their huge domestic demand, which makes even the most dynamic economy beg for uniformity, albeit diplomatically.The other three emerging nations in unison with other countries should join hands so as to neutralize the impact of the protectionst moves carried out by the US and its allies.Crying hoarse in global forums like WTO or G-20 wouldn't bring much respite to these emerging economies as everywhere US or their proxies would ensure that their vested interests are kept alive, even if it means digging their own grave yard in the long run.
Posted by Unknown at 10:42 PM