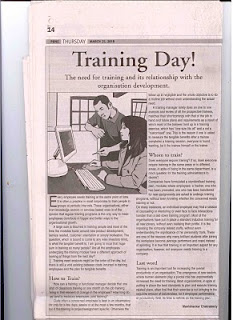 The 463rd publication carried out by the leading daily of India, The Indian Express, dated 25th March 2010, presents a snap shot of Training and its Significance for an organization.Organizations today are putting less emphasis on training and development and that is understandable especially when the recently subsided recession(in parts of the globe, sans Europe and Americas completely.The organizations which aren't following a myopic approach are spending more or less the same amount in T&D as they know once the opportunities springs up they have to leverage the same through their manpower and therefore it is better to sharpen their axe before they move out to the woods.The organizations in the emerging economies knows this proposition pretty well and are therefore leaving no stones unturned so as to train their human capital.Companies are also trying to innovate so as to devise new methodologies which can not only reduce the cost, but also help in increasing the training effectiveness.Technologies like E-Learning, Blended Methodologies are coming to the rescue of the training department during these trying times.
Posted by Unknown at 2:23 PM 1 comment: Links to this post

Building a Champion Team through Teamwork 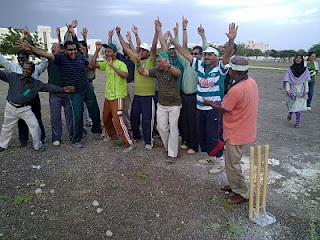 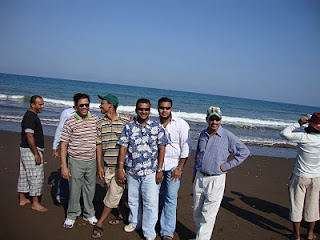 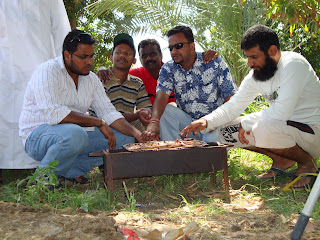 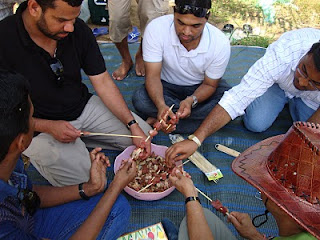 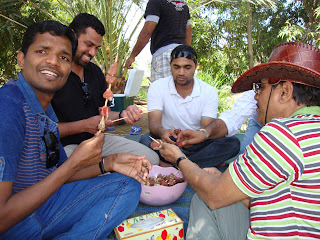 Making a champion team rests more with the leader than the followers, although one school of thought proclaims that the leader is as good as his team. After seconding this view, yours truly adds the fact that if the leader is empathetic with his team members and understands their respective strengths and weaknesses, adopts a customized strategy to handle them individually rather than a common one size fits all,the man at the helm is sure to groom mediocre talent into exceptional team members, culminating in the formulation of a cracking unit.Yours truly witnessed the same first hand at the Business Department of ICT, when the team which were at the bottom of the table in the inaugural annual sports event on 2009 went for a podium finish in 2010, solely on the basis of teamwork.Every member were motivated to give that extra bit,and this was possible because of the pep-talk and adrenaline flowing non-verbal approaches,without making them feel that they are undergoing that grind.Moreover, the approach adopted by the departmental leader with his troops is quite friendly,which makes everyone realize their respective latent potential.The ever-smiling presentation of the team leader even during the moment of crisis speaks a lot during those trying times which creates a permanent mark in the follower's mind and heart.To add to the official itinerary, of commitments and engagements which is as professional as it can be an outfit willing to be the champions need to undertake the same professional, unifying, never-say-die approach even while going for extra-curricular or fun filled moments.In fact,one common theme which gets percolated to the team members permanently,ireespective of the events that includes even departmental get-together, picnics,sporting activities is the ability to enjoy each other's success and peer learning, resulting in the development of group dynamics.Being two of the major pillars of a successful unit,the leader always considers everyone at par and is not willing to consider anyone greater than the team or its cause.The involvement of the team leader for the nurturing of a unified team having the common goals and objectives commensurate with that of the organization hinges on his sincereity towards the cause, not to mention the treatment meted out to every member from time to time.All these aspects were observed in aplenty and probably are the reasons as to why the business department of ICT came from no where in the annual sporting event and finished at the top!This should also explain the department's leadership in other professional exercises periodically, at times drawing attention from other competing departments, often found lagging behind.
Posted by Unknown at 7:53 PM No comments: Links to this post

Diversity Management in the New Era

Management of diversity is an important prerogative for all modern day organizations,especially the ones which are global enterprises.The significance of diversity increases manifold if one takes into account the slowdown observed in the global market, not to mention the stagnancy in innovation as far as new products and services are concerned, courtesy slack in customer paying capacity in most of the markets, sans the emerging economies where the customers are out of their shells.Handling and managing a diverse workforce cutting across ethnicity's, culture, language, work habits, personal profile especially when the global market is on an support system (read government sops to boost up their respective economies)calls for innovative approaches which in turn needs out of the box thinking.Management of diversity in the modern day is more than mere equal opportunity benefits being offered to the employees, especially when the downward turn in the economies are responsible for one and all to leverage these diversity related problems and metamorphose them into opportunities.Gone are those days when diversity related issues in an organization was allergic not only to the employees,but also to a host of other stakeholders. Today companies crave to incorporate an element of diversity with a specific intention often recruiting new staff from different industries so as to inject fresh mind in the organizational fabric.The need for Chief Cultural Officer (CCO) has never been felt more than the last decade or so, when companies notably from the knowledge sectors have cut across geographies so as to share their number of customers, staff and even shareholders.Indian Information Technology companies like Tata Consultancy Services, Infosys, Wipro to name a few are cases in the point.
Read and Comment.
Posted by Unknown at 9:37 PM 3 comments: Links to this post

Website outlook for this blog as on 13th March 2010 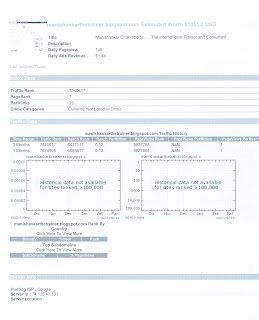 Posted by Unknown at 7:23 PM No comments: Links to this post

461st Publication on 'Doing Business in the Sultanate of Oman' 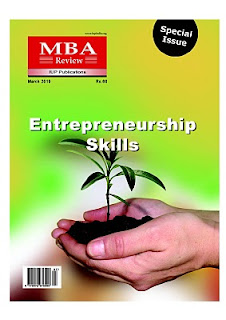 The 461st publication titled "Doing Business in the Sultanate of Oman" has been published in the special edition of MBA Review,(Publisher www.iupindia.org,Icfai University Press) March 2010 issue on Entrepreneurship.The issue is a special one for all the stakeholders willing to learn the nuances of entrepreneurship at the global level.Yours truly has chosen the topic so as to leverage his learning's while guiding the emerging and prospective entrepreneurs of the Sultanate and also by observing the entrepreneurial spirit thrown by the country as a whole.An investor friendly climate coupled with the forwarding looking approach of His Majesty,Sultan Qaboos bin Said has made the Sultanate a sought after destination amongst the Arab Gulf Cooperation Council(AGCC).The strong fundamentals on which the Omani economy hinges has proved beyond doubt the resilience, as the country went unscathed in the just concluded global recession, which had brutal impact even on the neighbouring economy of Dubai.Availability of quality manpower is just what the doctor ordered for the economy to leapfrog in a short span of time. Read and Comment.Source- http://www.iupindia.org/MBA_Review.asp
Posted by Unknown at 5:48 PM No comments: Links to this post