A customer comments again.....Service Goes for a Toss! 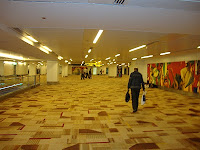 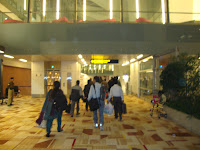 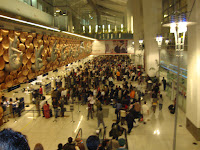 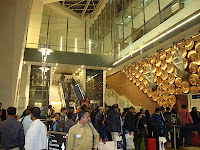 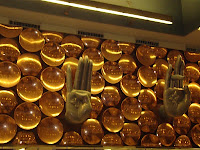 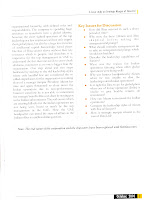 Volume II, Issue IV,October 2010 of the International Journal PROFICIENT, has the article of yours truly as the first one from page 1 to page 9.The case study titled,"A Case Study on Strategic Myopia of Illina Ltd." focuses on real life experiences and observations gained by the author, albeit presented under fictitious names and non-existent characters.However, the happenings are real witnessed by a host of other colleagues of yours truly apart from the author himself.More than the characters, the case study throws light on a start-up making it big in a dynamic and vibrant market,however, the closed eye approach is leading to the corporation falling like a pack of cards.The unflinching faith established by the country heads on the top management is leading to a situation when the once successful corporate would have to file for bankruptcy in the not so distant future.The entrepreneurs are allowing the system to rot by facilitating the middle level folks to call the shots, culminating in spending a huge sum of the company's budget on activities that are not at all productive for the organization, not to forget the amount spent on personal fronts.Should you want to read the complete paper drop me a line.Comment back after reading the same.
Posted by Unknown at 5:30 PM No comments: Links to this post

US Presidents Visit to India, November 2010

Barack Obama has landed in India. Expectations on the part of sensible Indians are moderate.The recent drubbing Obama and his party got in the mid term polls back home, coupled with his dwindling popularity, not only in the US, but all over the world,provides the American President the best opportunity to claw back to his once envied position at least on the business and economic front.Although Obama signalled his arrival in Mumbai with a US$ 10 Billion worth Indo-US trade deal (complete report from Times of India in http://timesofindia.indiatimes.com/business/india-business/Obama-announces-10bn-worth-Indo-US-trade-deals/articleshow/6879901.cms) a thorough analysis would reveal that its more tilted towards the fledgling US economy rather than the rising Indian economy.On the top of it, Obama's scepticism about India's geo-politcal role vis-a-vis China and Pakistan, along with the bigger and more responsible status in global bodies and agencies starting with the UNSC bid makes the sojourn a lukewarm one from the Indian perspective.That John McCain, the top republican leader understands the significance of such partnership, while the president is showing indications on the contrary, proves the dilemma on the part of the US administration(read ToI report http://timesofindia.indiatimes.com/india/US-should-endorse-Indias-UNSC-candidacy-McCain/articleshow/6880486.cms).US is still on a quandary when it comes to the successful outsourcing model which has given that much needed life support to many of the ailing US corporations.In spite of Obama's frenetic call to ban outsourcing, American voters have given him a thumbs down, indicating towards the fact that outsourcing is here to stay and the model is definitely contributing towards the generation of employment and contribution towards US exchequer , both directly and indirectly.American Defence manufacturers, Nuclear Power and Component Suppliers, IT behemoths, Infrastructure and Manufacturing players are trying to cajole Indian administrators by lobbying hard.They are trying to substitute the typical American carrot and stick approach with that of a pure carrot approach, realizing the importance of an emergent and vibrant India.The one point agenda of the US President's visit is to restore normalcy and accelerate the sedentary US economy, even if it means showing solidarity by lending lip service to India's three decade old problems of violence, terrorism and all other allied activities.Indian business houses are sensible enough to read the writing on the wall, especially when it comes to earning a chunk of their revenues from the US markets. Most of the Indian companies, notably from the sunrise sectors like IT, ITeS, manufacturing are trying to diversify their customer portfolio by focusing on hitherto untapped territories in MENA, China, ASEAN region. In such a scenario would it be apt for the Indian government to go that extra mile so as to accept everything put forth by Obama and his entourage in to-to?Its time to introspect as BRIC economies are the saviour for the so called developed economies of the yesteryear's.Taking things lying down without commanding what the new world order calls for would be a myopic approach on the part of the Indian government.Let the relationship be decided purely on the basis of 'GIVE and TAKE' rather than an age old adage of 'When America sneezes, the world catches cold'.To put it in the modern day perspective, its the other way round, 'When BRIC economies sneezes, America catches cold'.Time for Dr. Manmohan Singh and company to talk from a position of strength.
Posted by Unknown at 10:53 PM 1 comment: Links to this post