Is the Indian aviation landscape changing? 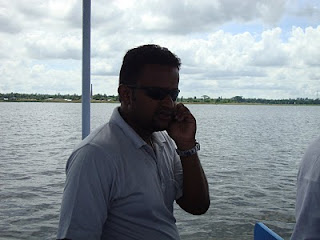 Indian aviation sector has improved by leaps and bounds. My recent visit to India and while traveling across the length and breadth of the country during those two months summer holidays made me realize quite a few changes observed in the aviation landscape. I flew Air India, Jet Konnect and Jet-lite, Kingfisher, Indigo, Spicejet and paramount. Some of the observations which stuck me are as follows-
Indigo coming up as one of the most admired budget carrier and would definitely create a positive mark internationally once they get approval from the regulatory body, Their focus on the minimal turnaround time by involving the on board passenger is commendable, the changes in the uniform, hair style of the cabin crews and announcing the languages spoken by the crew on board on the lines of Emirates is a point to note, first by a domestic carrier. One thing which was not fitting into the bill was the fact that while the staff on board speaks more than one Indian languages quite often I have seen the languages aren't commensurate with the sector they are flying into. Overall,, Indigo as a carrier is doing a great job by being a true no frills airline. Spicejet gave me a different feeling, which wasn't a positive one at least on two counts-one their time lines and two the laid back approach of their cabin crews especially when the dinner packets were exhausted much before even half the passengers were being catered to while I was flying Pune-Chennai sector. Jet is feeling the heat from Kingfisher, while Air India is partially out of their slumber, but they have miles to go before they can clean their balance sheet completely. Air India may have roped a high flying expatriate executive; however the turnaround calls for brave and forward looking steps by the ministry of civil aviation, which I am afraid won't be there, thanks to the vote bank politics.
Posted by Unknown at 10:29 PM