Made in India brand making it big in the Global Stage 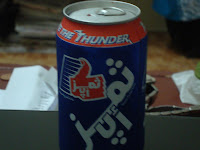 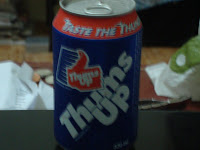 It is indeed soothing to the eyes when an Indian traces MADE IN INDIA brand in any of the other markets apart from that of the domestic one.Most of the Indian companies have gone global by either acquiring global brands (read Tata-Corus, Tata Motors acquiring Jaquar, Landrover range of cars)or by selling Indian brands to global behemoths(read Ramesh Chauhan's Parle beverages being acquired by Coca-Cola)or even made in India cars from the stable of Maruti Suzuki like Alto, Swift plying on the foreign roads. Even a Tata Nano here and there being sold in the global market under the parent brand name or that of the marketing partner is a moment of pride for all Indians, as we present our frugal engineering capabilities to the world market.Tata Tea and Tata-Tetly Coffee can be sipped in the leading hotel and cafe chains,which in turn adds to the overall flavour of the iconic Indian brands.A serious thought would make one wonder as to how these corporations found their feet in the highly competitive and regulated overseas markets after coming from an emerging nation. Indian IT brands like Tata Consultancy, Infosys, Wipro to name a few are household names and even giants like Big Blue(IBM)have felt their tremors.Inspite of the bottle-necks and red-tapism, not to forget the mammoth corruption being unearth every now and then, hats off to corporate India for taking such gigantic leaps in a cut throat competitive era.Indian leaders needs to understand the inherent capabilities of Indian organizations and its manpower thereby reducing the looting spree of the public exchequer! India can glorify even more if the so called national decision makers realize the importance of the sentiments of a billion plus population based inside and outside India.2G, Adarsh Housing, erstwhile Fodder Scams are taking center-stage for all the bad reasons, mainly due to their sheer magnitude and impact!What an irony!
Posted by Unknown at 11:34 PM