Advancing age a barrier to the modern day workplace? 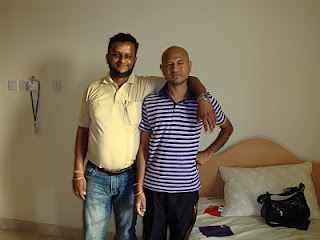 The common perception that goes around is the amount of grey hair one has is directly proportional to the sensibility of his mind.The experiences gathered recently proved me wrong and after observing quite a few of the so called experienced campaigners, I have concluded that its more of an exception than a rule, especially in the modern era.The employees who are comparatively younger presents not only an added thrust in the workplace, but also shows more maturity especially while dealing with a host of stakeholders. The grey haired experienced hands are often at the receiving end mainly because of the head-weight they carry along with their personality. A normal individual who was a thorough professional during his prime now presents instances of childish/kiddish behaviour either through their peer management handling or through the estranged relationships they build with other staff members, including those at the helm and the ones below their level. The workplace having an equitable mix of old and young minds often comes across this crisis, and the positive channeling of the accumulated energy depends on the abilities of the organizational masthead. If the man at the helm happens to be an old mind he would generally favour the staff of his clan and age, however, the same cannot be said about a young boss as the 21st century folks are always on the look-out for new things and are fast learners and adapters. On the top of that if the workplace boasts of a diverse workforce comprising of different nationalities, the job is even more cumbersome for the leader.The ideal situation would have been to respect the grey haired individual owing to their age especially in a culture where age is considered head and shoulders above the exceptional talents possessed by the young minds. It is imperative for the decision makers to respect the young blood who are responsible for bringing in fresh perspectives, mindset and approach.The overall satisfaction lies in complimenting the old hands with the young ones in a way which is symbiotic for all concerned and is beneficial for the organization at large.
Posted by Unknown at 8:45 PM

Email ThisBlogThis!Share to TwitterShare to FacebookShare to Pinterest
Labels: Age as a barrier in the workplace, Management of Diversity, Men Management, Organizational Behaviour, Team Building