Learning and Observation from Egypt Tour 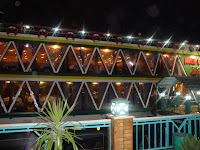 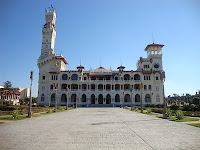 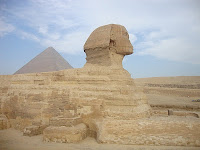 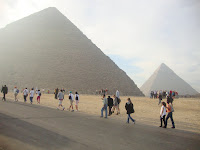 The three nights, four days tour to Egypt was an eye-opening one especially from a tourist's perspective.The tour was purely a personal one devoid of any professional hook-up and was also finalized at the last moment.The duo, including yours truly decided to venture out to witness this North African beauty known for her historical tradition, heritage, culture, and remnants of many century old structures to name a few.The tour was planned by a leading travel and tourism operator in Oman and prima facie was quite competitive in the sense that, it included insurance cover, both travel, health and other miscellaneous heads apart from the cost competitiveness. However, the travellers didn't realize conduct a thorough analysis of the competitors and therefore wasnt compared with the actual offering given by other players, head to head.The lack of adequte ground work by the traveller, owing to the paucity of time was probably one of the reason to have resulted in creased foreheads when certain things didn't go as per expectation, apropos the presumption while doing the booking.The flying was excellent with Oman Air serving delicious cuisines on board along with the top class beverages, not to forget the on time arrival and departure.The tour operator on the spot was good enough to meet the expectations and it was probably the whole lot of places which could have been ventured upon had the sites being chosen carefully with the help of adequate home-work on the part of the travellers.Nevertheless, one realized that a fantastic destination like Egypt needs at least 15 days and not three nights and four day. The duo can derive solace from the fact that the itinerary was fair enough considering the situations and the factors which were beyond their control.The partner of yours truly being a pure vegetarian initially had some issues with the reciepes served on the resort, and even while on the river nile cruise or during the city tour of Egypt and Alexandria.Felafil the popular egyptian dish came to his rescue.The best thing which drew the attention immediately after landing in Cairo was the electric fast immigration, customs and luggage retrieval resulting in moving out of the airport within 15 minutes flat!Other things which was praiseworthy were very strong marketing skills of the Egyptians encountered while purchasing Egyptian perfume and handicrafts.The marketers are thorough with the product knowledge, having the right mix of marketing acumen and communication skills, with the perfect tinge of soft skills required.A close observation across the pyramids, sphinx, catacombs, largest library in the world based in alexandria, the unique Musuem in Cairo, having mummies, process of mummification,the delicious egyptian dishes would make a tourist to come back to this fascinating destination time and again.They are in true sense a tourist's delight. The cities especially Cairo had some similarlity to India(a blend of Hyderabad, Bengaluru, Mumbai and Kolkata), while Alexandria had that historic and unique touch to it.The tour guides were informative,sans afew instances which weren't really good apropos the international standards.Seeking tips in airports/nile cruise after provding a tissue paper in the washroom, or after putting up the luggage for check-in within the airport,taking the tourist for a camel ride with a soft approach and then forcing to pay a specific sum, even though the tourist was hesitant to avail the service are some of the grey areas to an otherwise excellent destination!Our tourist guide explained it all saying, "Egypt has 60% unemployment".
Posted by Unknown at 5:44 PM

It is indeed not surprising to see the unrest and turmoil in Egypt.During the course of our visit in that country it was palpable amongst the citizens, they are desperate for change.One of our travel operator even commented about the high unemployment, sedentary economy and all other allied maladies.As tourists we were surprised to see that such a fantastic global tourist destination had old buildings all around and mostly old vehicles plying.This change would be for good of Egypt!